I’ve just recently become acquainted with the hibiscus. Yes, I’ve known about this beautiful flower for a long time but have never really taken a profound interest in it, afterall, it’s just a flower, right? Well it is, but it has much more to it than mere aesthetics.

The hibiscus is considered to have various medical uses in Chinese herbology from skincare, where it’s been shown to function as an anti-solar agent by absorbing ultraviolet radiation, to acting as an ailment for coughs, hair loss and hair greying.

It is also the national flower of Malaysia, where all my family on my mum’s side are from. There it is known as Bunga Raya, literally translated as ‘big flower’. It was introduced into the Malay Peninsula in the 12th century and was nominated as the national flower in 1958 by the Ministry of Agriculture amongst a few other flowers, such as ylang ylang, jasmine, lotus, rose, magnolia and medlar. On 28 July 1960, it was declared by the government of Malaysia that the hibiscus would be the national flower. The red of the petals symbolizes the courage, life, and rapid growth of the Malaysian people and the five petals represent the five national principles of the country. These are a belief in god, loyalty to king and country, supremacy of the constitution, rule of law and courtesy and morality. The flower is also found imprinted on the notes and coins of the Malaysian Ringgit.

That is not where it ends though. When hibiscus flowers are dried they also have multiple culinary uses. Soak them and watch whilst the water turns the brightest crimson hue! The flavour is very sour and slightly reminiscent of cherries which lends wonderfully to delicious drinks, in particular ‘Agua de Jamaica’ (pronounced Ha-mike-ah), or ‘Flor de Jamaica’ as it’s known in Mexico.

Method
Rinse the flowers in cold water then drain them thoroughly. Put them in a saucepan with the water, and let steep for at least 4 hours but preferably overnight. 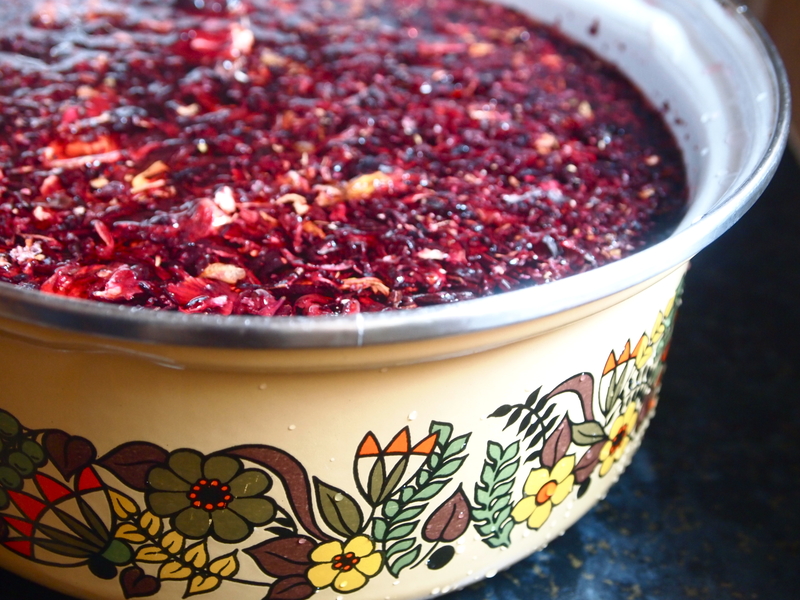 Bring the mixture to a boil over medium heat, then lower the heat and simmer for 10 minutes. Pour in the sugar and stir until it’s dissolved. Let cool to room temperature. Strain through a fine-mesh sieve into a pitcher or large jug, pressing the solids with the back of a spoon to extract as much liquid as possible. Refrigerate until chilled and taste, adding more water if you think it’s too concentrated. Serve over plenty of ice. I also added some mint and a few slices of lime. Very zingy and refreshing! 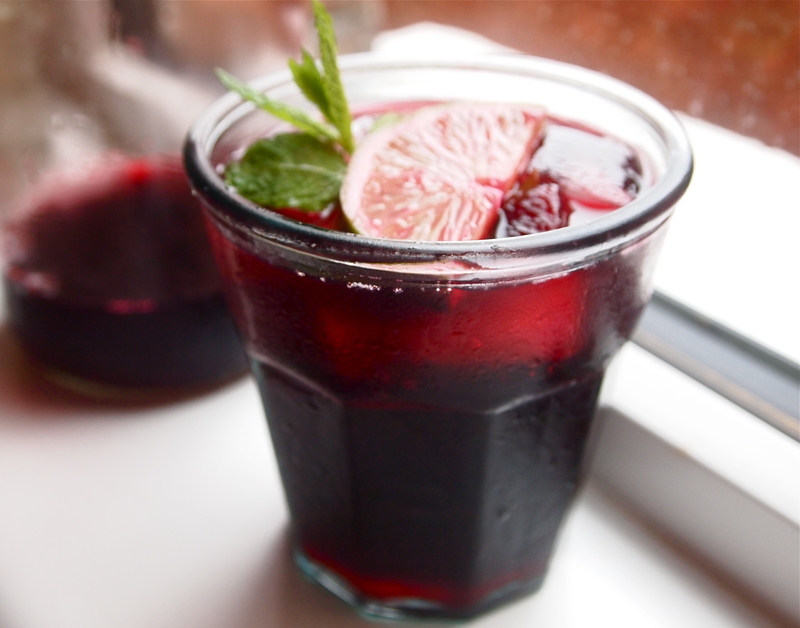 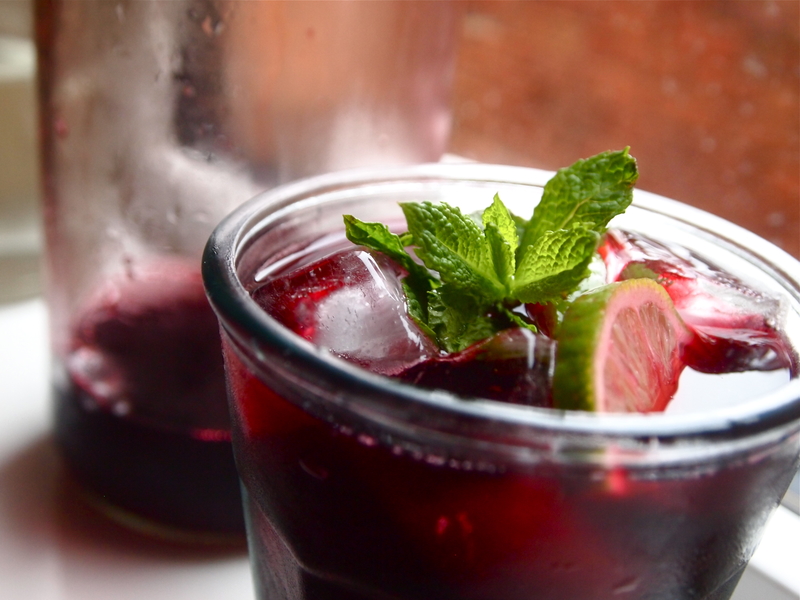 • Agua de Jamaica isn’t an overly sweet drink. I think of it as more of an iced tea really, but feel free to add more sugar if you think it might need it, or better yet, if you have some sugar syrup on hand you can add it to taste before serving! Now I’d suggest you go and find yourself some dried hibiscus and get well and truely quenched!